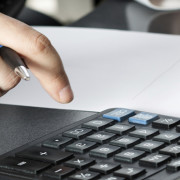 The following is a summary of the tax changes announced by the Minister for Finance and Public Expenditure and Reform. Changes are effective from 1st January 2018 unless stated otherwise.

The tax credits and tax bands changes are in bold.

The exemption limits for persons aged 65 years and over remain unchanged:

The above exemption limits are increased by €575 for

each of the first two dependent children and by €830 for the third and subsequent children.

Marginal Relief may apply, subject to an income limit of twice the relevant exemption limit.

Relief is extended to existing recipients for a further three years on a tapered basis. Qualifying interest applies for each of the three years at the following rates:

No relief will be available from 1 January 2021.

A new share option scheme will be introduced for employees of unquoted Small and Medium Enterprises with effect from 1st January 2018, subject to EU approval. Under this new scheme, any gain realised on the exercise of a qualifying share option, granted in the period

1st January 2018 to 31st December 2023, will be exempt from Income Tax, USC and PRSI, provided certain conditions are met.

Any gain on the subsequent disposal of the shares acquired under KEEP will be subject to Capital Gains Tax (CGT) in the normal way.

A new deduction is being introduced for pre-letting expenses of a revenue nature incurred on a property that has been vacant for a period of 12 months or more. The expenditure must be incurred within the 12 -month period before it is let as a rented residential premises.

A cap on allowable expenses of €5,000 per property will apply, and the relief will be subject to claw back if the property is withdrawn from the rental market within four years. The relief will be available for qualifying expenses incurred up to the end of 2021.

Note 1. ‘Aggregate’ income for USC purposes does not include payments from the Dept. of Employment Affairs and Social Protection.

Note 2. A ‘GP only’ card is not considered a full medical card for USC purposes.

The surcharge of 3% on individuals who have non-PAYE income that exceeds €100,000 in a year remains unchanged.

A compensation scheme is being introduced for charities which are unable to reclaim VAT on inputs. A capped amount will apply to the scheme, with pro-rata payments made where the amount claimed exceeds the amount available. Details of the scheme will be made available when complete.

The accelerated capital allowances scheme for energy- efficient equipment is being extended for a further three years until 31st December 2020.

A cap of 80% will apply in respect of the amount of capital allowances for an intangible asset, and any related interest expense, that may be deducted from relevant trading income arising from the intangible asset in an accounting period.

The cap applies in respect of expenditure incurred on intangible assets on or after 11th October 2017.

Details will be included in the Finance Bill.

Subject to formal approval by the European Commission, the SSDT will be introduced, in April 2018. It will apply to first supplies in the State of water and juice based drinks with added sugar and a total sugar content of 5g or more per 100 millilitres.

Drinks supplied in concentrated form will be assessed on the basis of the sugar content of the drink at the dilution level intended for consumption.

An amendment will be made to section 604A of the Taxes Consolidation Act 1997.

The amendment will provide that gains in respect of land or buildings that were acquired between 7 December 2011 and 31 December 2014 will be exempt from CGT if they are sold after four years and within seven years from the date they were acquired.

Amendments will be made to CAT agricultural relief and CGT retirement relief so that the leasing of agricultural land for the production of solar energy will not affect entitlement to the reliefs, where the area of the land which is leased for that purpose does not exceed 50% of the total area of the land concerned.

Further details will be included in the Finance Bill.

Despite expectations that the CAT thresholds would be increased, no change was announced in the Budget, so therefore the current thresholds will apply unchanged for 2018:

Transfer or conveyances of non-residential property

The stamp duty on the purchase or transfer of non- residential property (including land) is increased from 2% to 6%. The new rate takes effect for conveyances or transfers of such property that are executed on or after

A stamp duty refund scheme will be introduced in relation to commercial land purchased for the development of housing. Developers will need to have commenced the relevant development within 30 months of the land purchase to qualify for the refund.

The consanguinity (blood relative) rate of stamp duty was due to expire on 31 December 2017 but is to be extended for another three years. On or after 11 October 2017, it is to be charged at 1% of the consideration instead of being set at half the rate of stamp duty that applies to non-residential property. This means that the amount of stamp duty payable will remain unchanged.

This relief applies to transfers of agricultural property between certain blood relatives where the transferee is a young trained farmer who intends to farm the land or lease the land to someone who farms the land for a period of six years.

From 1st January 2018 to 31st December 2018, where an employer provides an employee or director with an electric car or van, no taxable benefit will arise for them.

The Budget speech made no mention of a reduction in the exit tax rate from its current 41%.

There is a general €5 pw increase to all Social Welfare pensions, including the State Pensions (Contributory and Non-Contributory) from the end of March 2018.

The Minister made no reference to changes in private pension tax reliefs or taxation of benefits despite significant discussions in recent weeks.

The Finance Bill will be published on 19th October 2017.

This website uses “cookies" to give you the best, relevant experience. Find out more.
Scroll to top